This is the cooking device you didn't know you needed.

I am always looking for new ways in the kitchen to use technology. Everybody is busy, so we want to maximize our time doing our hobbies or spending time with family, not just not slaving over the stove. An Anova Precision Cooker Nano sous-vide allows you to do just that! 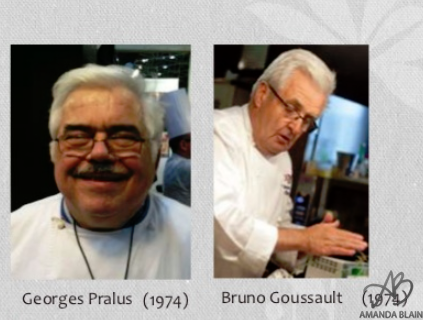 You may have even heard of sous-vide before. This popular French cooking technique means “under vacuum” and actually goes back to the 1800s.  Sous-vide was not really made popular until 1974 though by a French chef  – Georges Pralus – who mastered the techniques of taking an item placing it into a vacuum and cooking under even water pressure .  Bruno Goussault was an american chef who also worked on mastering techniques of sous vide and eventually partnered with Pralus.

How does Sous-Vide Work?

The basic features of sous-vide revolve around sealing food in sturdy plastic bags and placing them in a water bath. The temperature of the water bath remains a consistent temperature throughout the entire time of cooking. This is important and why you get such different results. In your oven for example If you are trying to cook a pork chop, You will set the temperature of the overall oven to a much higher degree ( 350F) than you actually want the internal temperature of your pork chop to be (145F). Timing becomes everything, and its very hard to get even consistent results.  If you cook it for too long it will be overcooked and dry, if you take it out too soon it will be under cooked. All of the juice from this cooking technique we all use, will also be all over your pan. 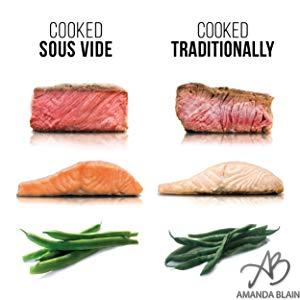 A sous-vide device deals with all of these issues because the temperature of the water cooking bath is exactly the same as the finalized cooking temperature of the food. It doesn’t need to be raised higher to reach that temperature. Because the food is in a vacuum-sealed plastic bag the aroma and juices that normally get lost in your pan remain inside the food.  All of this results in some of the most flavorful and deliciously moist food I have ever created in my kitchen. 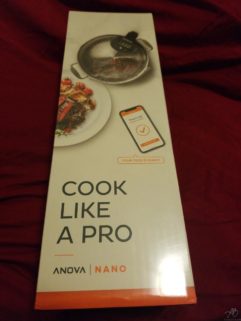 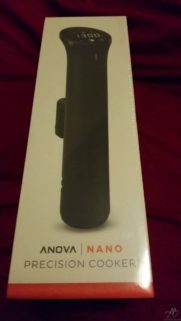 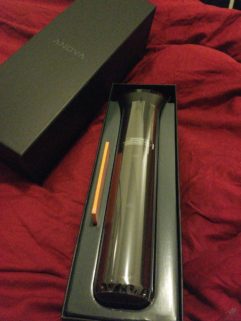 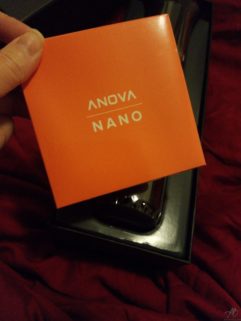 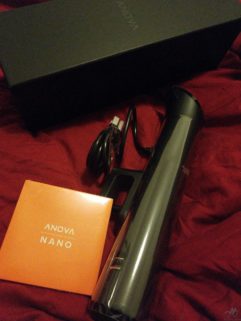 Sous-vide typically have a price point of several hundred dollars and are quite complicated kitchen gadgets that only those in catering and culinary arts have experience with but no longer. Enter the Anova Precision Cooker Nano. This super high-tech device is simple to use and will allow you to be producing perfect sous-vide cooked results in no time. Let us review! 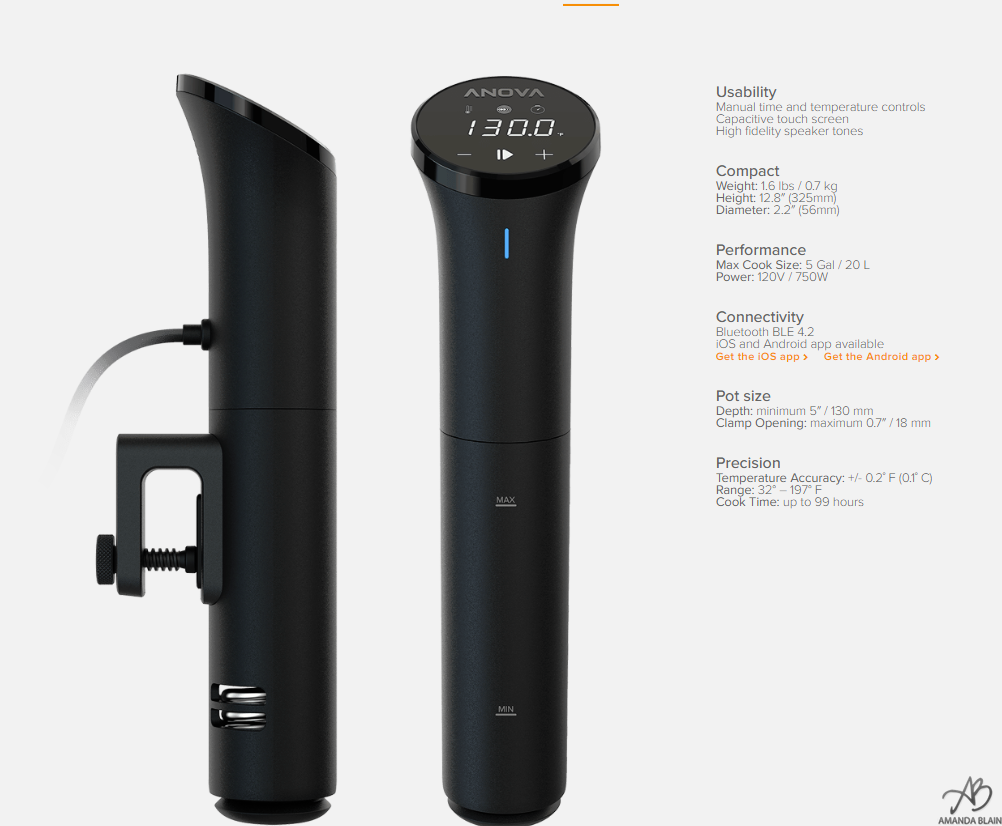 Here are the 4 steps you need to get cooking with you Anova Precision Cooker Nano. 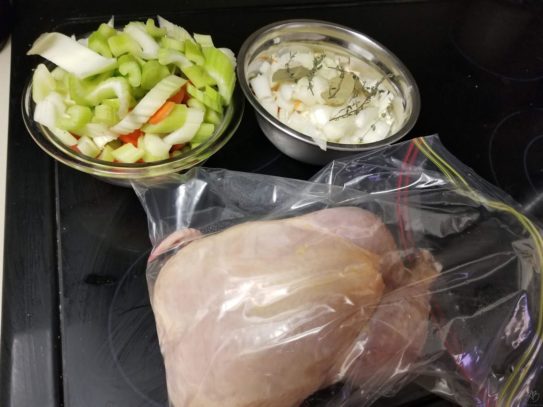 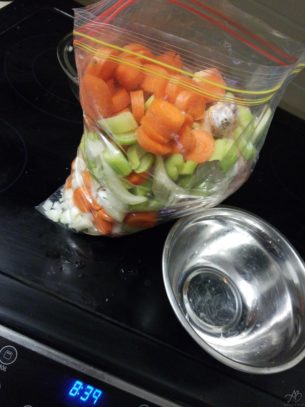 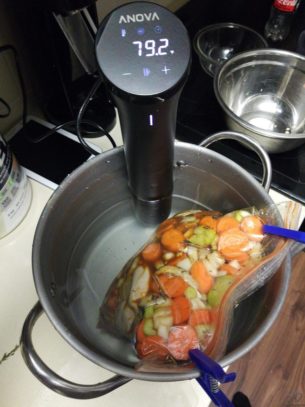 2. Place food and spices into Plastic Bag. Seal and Attach to the pot.

You will also need a Ziploc freezer quality plastic bag.  I recommend getting bpa-free (which is most ziploc bags) and using a higher-end type bag but any push seal type plastic bag will do. I also recommend some clothes pins or similar clip to attach the bag to the side of the pot.  In order to “vacuum seal” your bag all you need to do is leave a small opening at the top of the ziplock bag and slowly lower the item into the water allowing the air to escape as you lower the food into the water. I kind of tried to push the air out and finally, carefully close the bag up. That’s it. Your tasty food item is pretty much vacuum sealed. You then clip the bag on to the side of the pot to keep it from floating around. 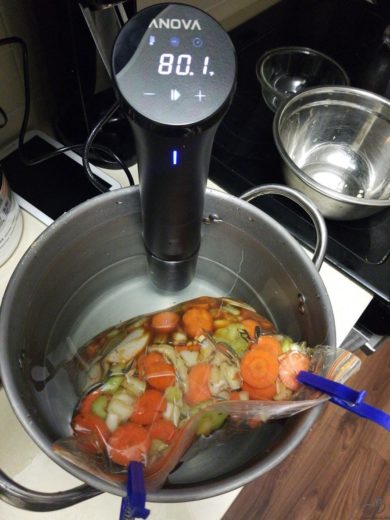 You will also download the free Anova app for android or ios.  The final step is to select which item or recipe from the huge amount of resources in the app on your mobile device. Then click Start and it will Bluetooth connect to the device and properly preheat and cook your food to the exact temperature and timing required. That’s it folks. That’s all you need. I thought it would be much more complicated but it was really straightforward and simple.

I left mine going and did my daily workout and went about my day. I came back to my pork chop done and the device ready to turn off. Here is what it looks like done. 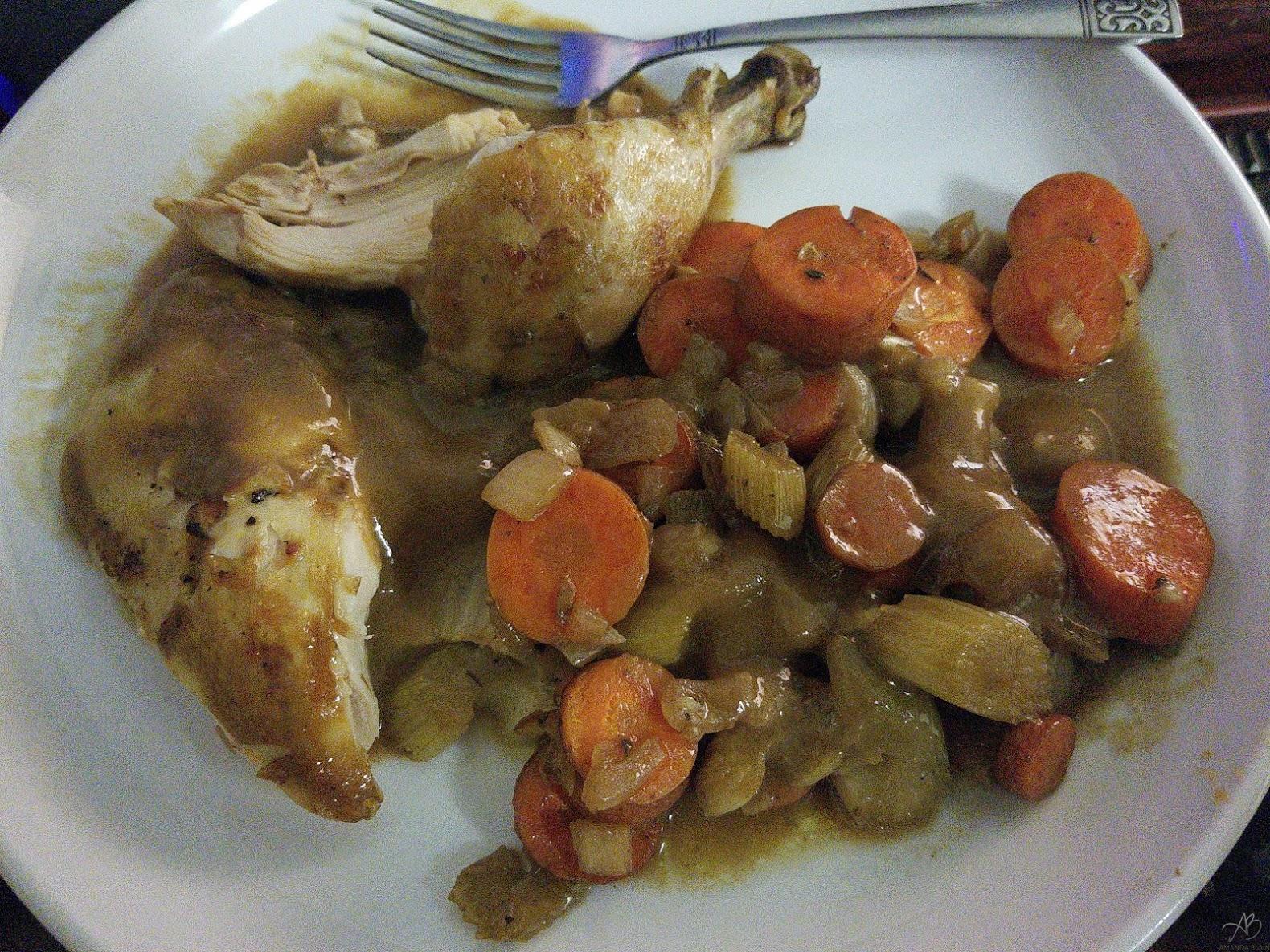 4. Brown the Meat in a pan (Optional but recommended)

Based off of various recommendations, the totally optional last step is you can pan fry the meat to get a little bit of a crispy outer layer on it. This only took me a few moments and it was done. I then had the most delicious juicy pork chop I’ve ever experienced in my life. The fat does not disintegrate out of it and it stays juicy and tender.  This picture seriously does not do it justice.

Clean up is as simple as can be. Throw away the bag and rinse off the Anova Precision Cooker Nano and your pot. All done. 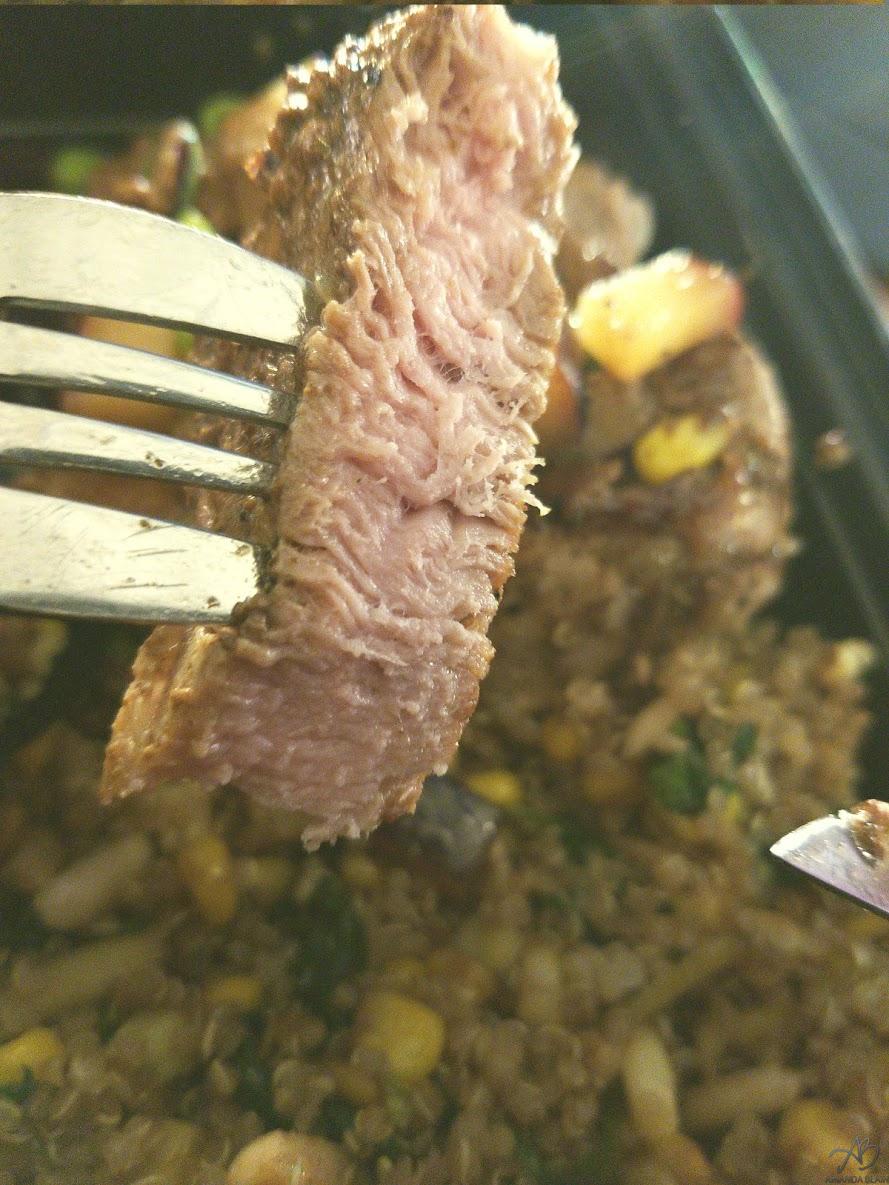 Not one to veer away from the complex, I next attempted a whole chicken I’d had floating around in my freezer for awhile.  I chopped up some carrots, celery, onions, put in some spices and plopped the whole bird into the bag. Lowered into the water and clipped to the side. Hit Start on the whole chicken recipe. 6 hours later, I came back to the most delicious chicken and gravy I’ve ever had. The white meat was so juicy and moist it felt like dark meat.  It was seriously so simple and easy. I finished it off in the oven for a few moments to brown it up. 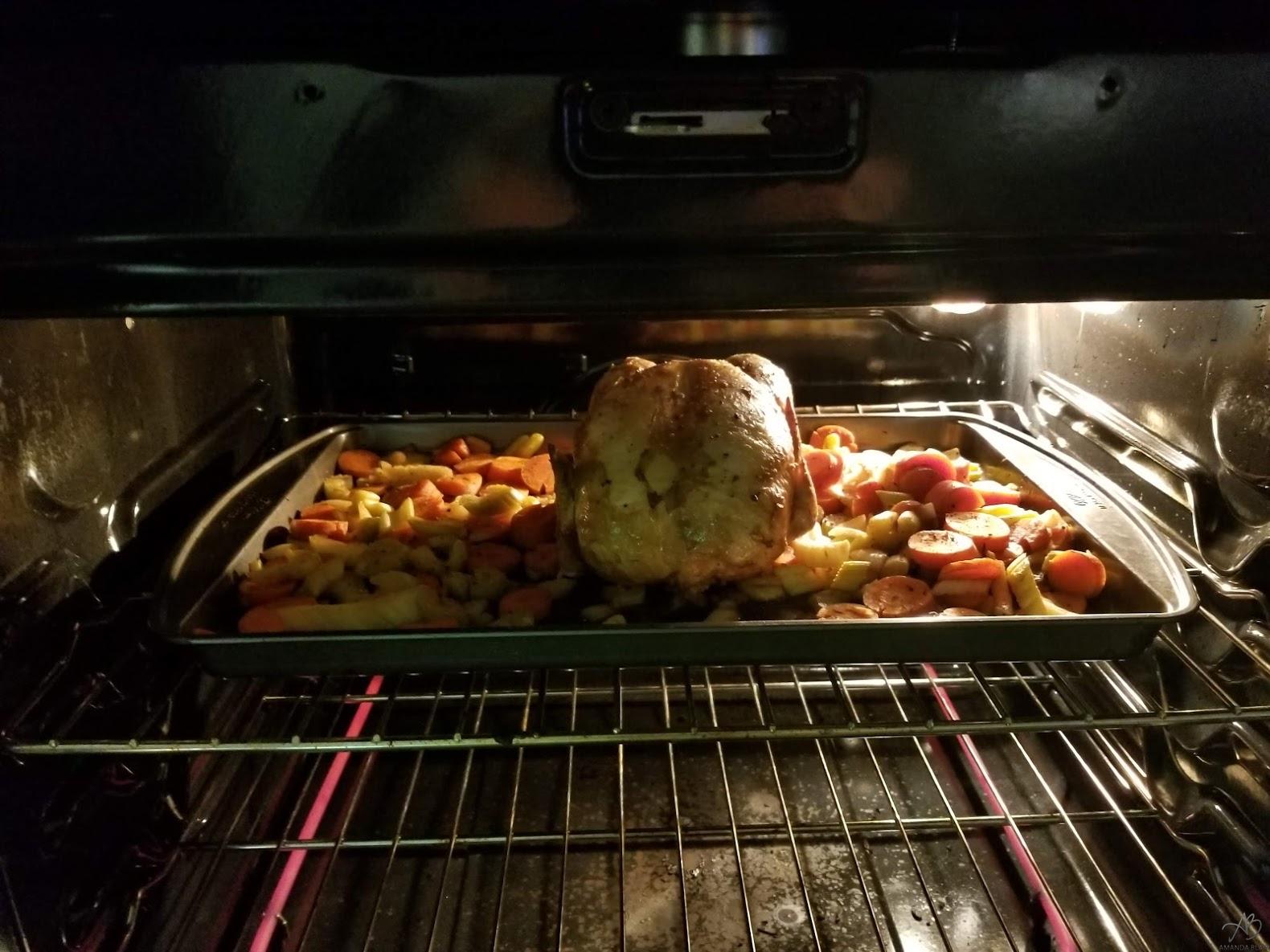 I will try experimenting in the future with browning first and cooking after to see if that makes any difference.  If you have wanted to try out this technology, or add a great time saving cooking feature to your kitchen, I fully recommend you add this into your repertoire. It has all the benefits of slow cooking but so juicy and tender.  A lot of times it’s been much faster than something I could cook in the slow cooker, which i find can sometimes make things rather mushy. I can’t express to you enough how much I enjoy this product and if you are looking for something for the person who has everything but likes to cook, this may be a perfect gift. The Anova Precision Cooker Nano is only $89 and available from Amazon in both USA and Canada. Happy Cooking!

I received this item from the company but thoughts as always are my own.

The 10 Commandments of The Internet

What is 5G and Is it Harmful to Our Health?

DIY Hydroponics as a Hobby at Home 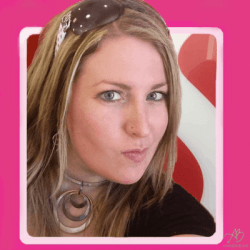 What are the differences between Amazon Fire Sticks?

How on Earth do you Buy A Television in 2018